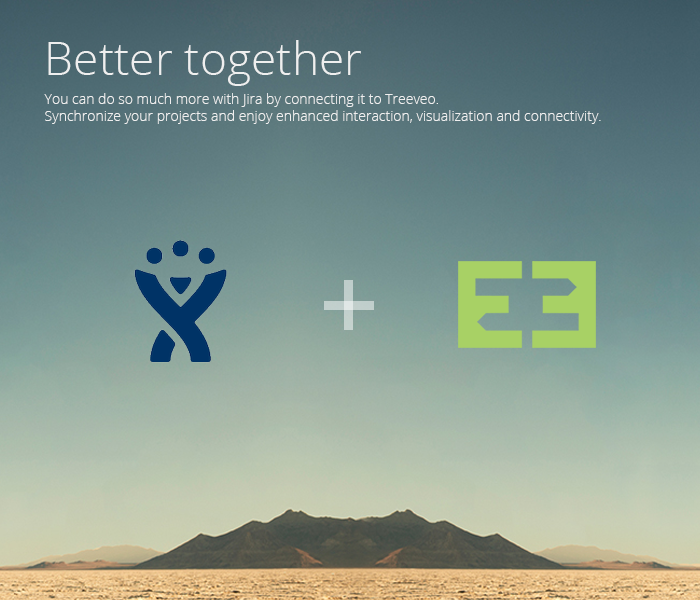 We have just launched our integration with Jira. Jira is a tool that helps track and plan product management. We are excited about this integration because it will give Treeveo users the ability to manage their Jira projects in a beautiful visual and interactive way.

Treeveo is intended to serve as a unique visualization for Jira projects where an actual product is expected to be delivered. So this feature is targeted at project managers, product managers, and high-level management.

After feedback from several large players in the online travel industry, we found that many project management teams are looking for a solution that is able to map, structure, and track the status of between 50-100 projects at a time.

One of the difficulties that PM face is being able to consolidate reliable data in a time-efficient manner when project teams use several different methodologies and tools. Complex tools make data collection for CXO reports more difficult. This results in poor use and low adoption – as the PM teams had experienced before. For example, HBR research suggests that workers are bad at filling out time sheets, partly due to horrendous user interfaces; which costs $50k per knowledge worker per year.

The mangers we encountered preferred to let the project teams use their own unique methodologies, but needed a simple and nonintrusive tool that was understandable for everyone as a means of tracking the status of the project and identifying bottlenecks.

Once we realized there was a need for an integration with other apps, our all-star backend team started dominating the problem. We originally looked into using Zapier as a proctor for the integration, but then we ran into problems with the standardization of their cross-platform functionalities.

Here’s a look at how things went down from our CTO Paulo Martins:

“The Zapier system only allowed the Jira ‘issues’ to cross into Treeveo as undefined tasks, as opposed to creating an organized view of the project – which sort of defeated the point. That didn’t make sense for us. So how does that work? Because we wanted to do something more tailor-made than for example a Gmail integration based on common fields or values. We decided to go a different route and developed the integration ourselves so we could customize the details and functionalities, making sure the all users can view their Jira projects in the UI/UX of Treeveo that we’ve worked so hard to create and that our users love.”

Integration with Jira allows all the teams to have all their data automatically imported into Treeveo, reducing hours of data consolidation to practically no time. If other teams still choose to use different tools, the aggregate result from the projects can be easily inputted in Treeveo. We have designed the integration so a project can be imported from Jira for enhanced interaction and visualization, fetch changes from previously imported projects, and update your new Treeveo cells, changed deadlines, ownership of tasks, and project status. If someone in your team doesn’t have Treeveo, you can simply invite them, or they’ll be automatically updated by email.

When you import a project from Jira into Treeveo, the project will take the form of a tree. Each “issue” is organized in the tree by its type. The “project name” becomes the root cell, the “issue types” become second level cells, and “issues” become third level cells.

Because Treeveo is a high-level strategic tool, it is nonintrusive to project team methods, and adds value when connected to other applications, like Jira or others. User-adoption of Treeveo is higher than any other PM application because the UX/UI is simple, visual, and interactive. Also Treeveo uses “dynamic complexity.” This means that the tool only shows you information that is relevant for your specific role in the project, making the application useful for anyone in the organization – from the CEO to the Secretary.

DONE! BUT WHY STOP NOW? Sign in and integrate your Jira project!